Greetings- my 8x24 self would love a space to join in on a garden or to start one. I am happy to either pay a monthly fee or to do work exchange.

Its just me- I may eventually get a dog (and train it very well!) but perhaps not.

Please let me know if either you or someone you know has a space for my home and I.

Article on Why Urban Farming is Key

NOTE:  There is a lot of extra information in this article if you follow the links.

In the past few years the City of Fort Collins has done a lot to promote urban agriculture, including opening the way for more community gardens, allowing backyard chickens and goats, and generally becoming more friendly to urban gardeners.  Now we even…

Fort Collins, CO - Member organizations of the Colorado Coalition for a
Livable Climate (CCLC) were disappointed to learn that the 2015 Colorado
Climate Plan
a href="http://cwcbweblink.state.co.us/WebLink/0/doc/196541/Electronic.aspx?searchi">http://cwcbweblink.state.co.us/WebLink/0/doc/196541/Electronic.aspx?searchi
d=243b8969-739b-448c-bd2d-699af9b7aea0> , which was released today by the
Hickenlooper Administration, makes only cursory reference to the…

In addition to cutting-edge technology and performance, state and federal tax credits are helping to make buying an electric vehicle (EV) an even smarter choice. Alongside a federal tax credit of $7,500, Colorado residents are able to claim an additional state credit of up to $6,000 when they buy an EV. Together, these incentives significantly reduce the cost of buying an electric vehicle –…

Are you considering purchasing a new car? This may be the time for you to start your search. Dick Thomas, former Department Head, admin pro, and retiree suggests you take a close look at electric vehicles (EV) prior to the end of the year. A purchase prior to year end can result in $13,500 in rebates, $7,500 from the Federal government and $6,000 from the State.  A purchase after December 31st would cause a wait until April ’16  for the rebates. Dick and his wife…

Interview of Rob Hopkins on his U.S. tour

Cynefin is a Welsh word for a decision-making framework which was developed by the scholar David Snowdon.  I recently listened to a talk on this framework, given by a skilled facilitator who has worked with social services organizations and other types of groups to solve problems based on this model.

Take a look at the Cynefin framework at:  http://en.wikipedia.org/wiki/Cynefin  Particularly notice the upper right corner of this…

Is Transition a Movement or an Organization?

Did you know that TransitionUS at http://www.transitionus.org offers several great services to support Transition groups and other like-minded groups all over the country to build the Transition movement?

If you go to their home page, you'll see that one valuable support they offer is regularly-scheduled conference calls, called "telesalons".  On these calls you can learn what's happening in Transition groups in places you've…

The Rise of Cooperatives in the New Economy

"A new economy is coming. While Wall Street banks are on a trend of corporate mergers and acquisitions, Main Street businesses are generating community wealth while undergoing a transition of their own. Traditional companies are becoming worker cooperatives, both to sustain during tough economic times and because years of success have enabled these companies to…

Speaking of creative ideas for Reconomy (the new Transition buzz word for revisioning, and reinventing our ecomony), Huffingtonpost recently partnered with Crowdrise to challenge job-creating non-profits to compete in raising funds.  These funds will be used to support  bringing tools, resources, and coaching to people needing jobs.

At the end of the challenge the non-profits had raised a total of $1.5 million.  The media attention from the reporting also enhanced visibility for the…

A Ban within reach..

Frack Free Fort Collins (FFFC) has victory within reach.  Have you ever swung a baseball bat before or attempted to draw a perfect line?  With enough inertia, yet without a follow, through these types of actions in life can yield bitter failure.

This is the case with regard to a ban on fracking in Fort Collins.  FFFC and their efforts have achieved great success.  We finally have a tangible ban within our grasp.  Members of City Council are placing a ban on…

Particulate matter from the summer's devastating High Park Fire exceeded some of the worst air pollution days in Mexico City or Los Angeles over the past decade, say Colorado State University researchers, who are giving scientists additional quantitative data on the fire's impact.… 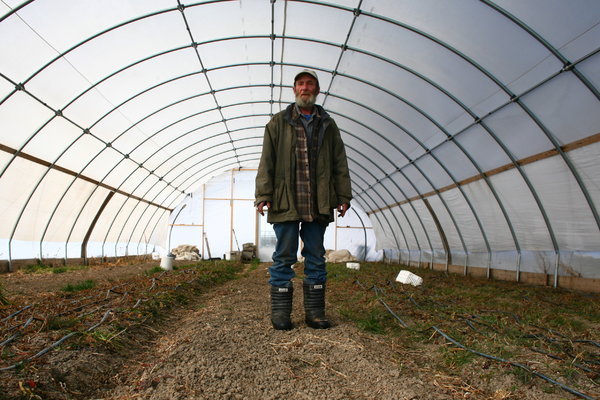 Wayne Talmage, an organic farmer in Paonia, Colo., said he worried about the town’s…

That's right, get out your cook books, get ready to eat, get ready to start canning, and clear Thursdays on your calendars because summertime will be off the vine in 2013. …

Article on A cooperative farm experience in Fort Collins

I think The Laughing Buck Farm and this article describing it so well fits in very well with Transition's vision and activities.

We will use the name "Transition Fort Collins."  Over the next few months, we will work on…

The Transition Movement is in well over a thousand highly diverse communities across the world - from towns in Australia to neighborhoods in Portugal, from cities in Brazil to rural communities in Slovenia, from urban locations in Britain to islands off the coast of Canada. Many of these initiatives are registered on the Transition Network website.

Shire CSA
Reestablishing an intimate connection between food and the people of the community.